The Beginning
About five years ago someone posted a picture of a Swiss Valais Blacknose sheep on Facebook and from then on we were hooked! We had to find a way of having some of these magnificent animals and started out by finding out as much as we could about them, beginning with the realisation that there were none in New Zealand….or Australia….or the USA! So we started out by identifying some of the British breeders who had gained top placings in the Carlisle show corresponding with them and then having the honour of visiting them. Of course, this made us even more enamoured with the breed.

Feeling discouraged
It seemed it was never going to happen as at that stage New Zealand was definitely closed to live imports from Europe, so we needed to work closely with the breeders to give them the confidence they could gain entry to NZ at a time when the entry conditions were still being updated. A small gleam at the end of the tunnel occurred and a change in the NZ biosecurity laws finally meant the import of embryos was going to be a possibility.

A  Dream Realised
Then in May 2017, after wading through an enormous amount of red tape, numerous visits to breeders to select our foundation stock, and finding a couple of excellent breeders willing to undergo the more stringent requirements set out by MPI, we finally had our precious embryos frozen and put on a plane to travel 11,000km. This was a fulfilment of our wildest dreams!

The Process
The initial job was to contact the breeding centres (one in the North Island and one in the South) and discuss with them the breeds of recipient ewes that would be suitable. Knowing the lambs could possibly be large we were advised to choose large ewes that had raised a lamb successfully before. Therefore we chose for half of them Polled Dorsets and the other half Coopworth x Texel x East Friesian. We started with 25 embryos transplanted at the beginning of June, and ewes were scanned at around 3 – 4 weeks after transplanting. We were quite delighted with an average success rate of around 60% and even more delighted with a 100% retention rate after scanning resulting in 16 lambs (9 ewe lambs and 7 rams) Ewes lambed relatively easily with only one assisted and we also had one with poor mothering instinct so we have one hand reared ram lamb.

It has been an incredible journey so far and we feel so privileged to have been able to be one of the first partnerships of breeders to bring these beautiful sheep to New Zealand.

VBNZ is very proud to announce that we have a limited number of stunning ram lambs for sale. (Examples of our current lambs pictured, availability of individual lambs by negotiation)

▪Genetics are varied and directly descended from maximum points ewes and rams from two of the top two breeders in the UK.

▪All rams are fully vaccinated and registered on the UK Grassroots independent Registry.

▪Perfect for your Breeding up Program. Their sires have produced F1 lambs with excellent markings. 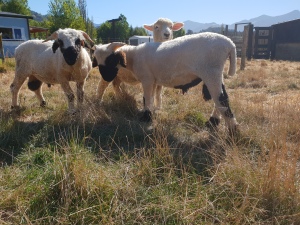 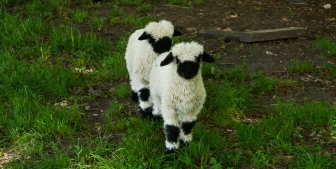 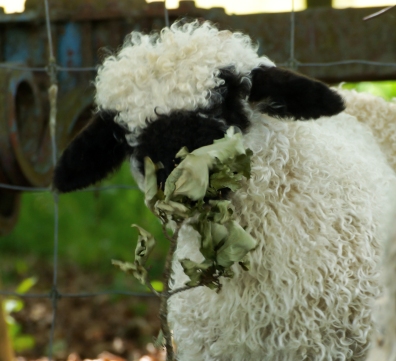 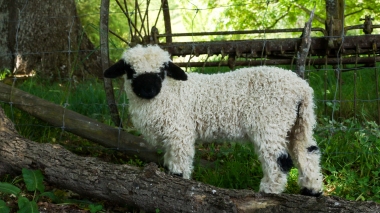 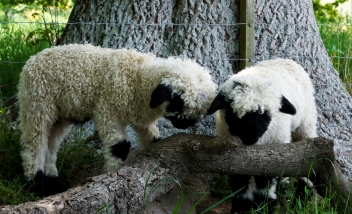 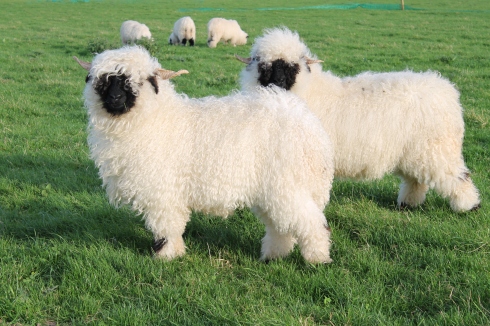 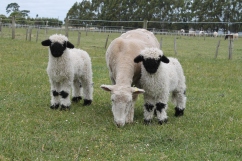 Twins from our North Island flock

Stay with the Valais

Come and experience “the cutest sheep in the world” first hand. Who could resist breakfast with the Blacknose Beauties. 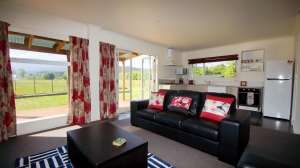